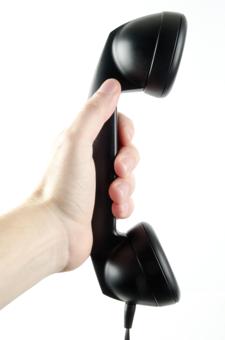 I am a big fan of phone calls. I spend most of day in meetings and on the phone. Why? Because I can’t land new deals or big deals via email, just doesn’t happen. When we launch websites, I try to call the client contact and the CEO within a few weeks to say thank you. On the weekends, I call my friends, I don’t just post Facebook updates. Recently, I’ve noticed a bias against phone calls. During a roundtable discussion with a group of association executives about meetings and tradeshows, I asked how many make phone calls to past attendees or must-have attendees. Only 1 association had an active phone initiative. Why not make phone calls? I got these reasons: it’s too hard to do, it’s too expensive, it’s too time-consuming.

I’m grateful to Michael Lanham of Learning Forward for sharing a recent study featured in The NonProfit Times. Here’s an excerpt:

“During the 2014 International Fundraising Congress (IFC), Geoffrey W. Peters, chairman of CDR Fundraising Group, shared the findings of his organization with a test it undertook. Of 6,225 total donors, 1/3 got no acknowledgement, just ongoing mail; 1/3 got a thank you note; 1/3 got a phone call. Here are the astonishing results from the test:

With results like this, isn’t it worth exploring how we can integrate phone calls into our membership recruiting, new member onboarding, fundraising, meeting campaigns, and exhibitor recruiting? Here are some ideas:
When I was a fundraiser many years ago for the San Francisco Education Fund, my boss used to say, “Joanna, people don’t give money to causes. They give money to people.” Most of my trade association and professional society clients tell me that people join and stay because of the people, the networking opportunities, and the access to people in the industry. So I say let’s put the people back in our marketing and make some phone calls!