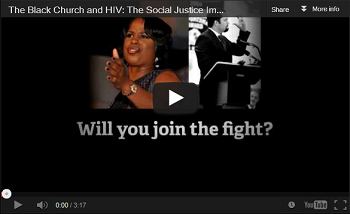 Gibraltar Associates, a leading public relations agency, partnered with Matrix Group to create a video for the National Association for the Advancement of Colored People (NAACP) as part of the NAACP’s initiative to combat HIV in the African-American community.

To kick off their campaign, the NAACP wanted to create a dynamic, powerful video that addresses faith leaders in African communities across the nation. The NAACP is working with the Black Church to encourage faith leaders to rally their parishioners to take a stand against the HIV/AIDS crisis.

Gibraltar Associates partnered with Matrix Group to create an inspirational video. Here’s what we did: