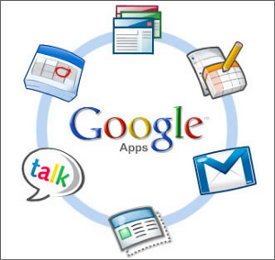 So why did we switch to Google Apps?

First, the Google Apps suite is just so good, it’s hard to ignore as an offering. The calendar and email are terrific. Second, many of us use Office 365 but the file sharing is simply not as easy, fast or intuitive with OneDrive, so we started using Google Drive. Next, we were already using Google slides for presentations because it is simply awesome having five people work on slides at the same time during collaboration meetings. Finally, a friend who runs a private security firm gave Google the thumbs up, so any lingering concerns about security melted away.

We timed the switch to coincide with our email renewal and discovered that switching to Google Apps is less expensive than the renewal for our email alone. And now we don’t need to worry about hardware, patches and upgrades.

So what’s different and what have we learned?

So far, the switch has been terrific. For less money, we’ve added new functionality, made systems more intuitive and made our systems more secure. I’ll keep blogging about our journey with Google because I suspect the journey has just begun. If you are using Google Apps, why did you switch and what’s been your experience so far?