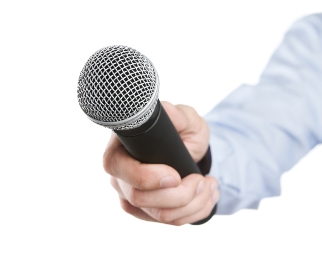 A couple of weeks ago, my husband got a letter in the mail from the American Institute of Consumer Studies. AICS wanted to interview him about his media viewing habits. A couple of days later, someone knocked on our door. Turns out AICS wasn’t interested in interviewing Maki; they wanted to interview an adult female in the house. Hmmmm…. so why did they send the letter to Maki? Maki reported all this to me, knowing that I am fascinated by these types of surveys and am usually game to do them, time willing.

So I call the AICS field interviewer and schedule a meeting. He comes to our house and I end up spending about an hour with the field rep, who by the way, is a FEMA inspector. He says he doesn’t get paid much money when there aren’t any disasters, so he supplements his income by doing interviews for AICS. Fascinating!

AICS wanted to know about my media habits: what newspapers and magazines I read, what radio stations I listen to, what shows I watch, and what websites I visit.

To start with, I was given a huge stack of index cards listing all manner of newspapers and magazines. I was to group the cards into three piles: Don’t read, Not sure, Read. For the Not sure and Read piles, I was then asked HOW I read the periodicals: how often in the last six months, past 30 days, past 7 days; online or in print; and how much of the periodical I read (cover to cover? 20%?). At one point, the field rep said, “this is really good news for TIME, Smithsonian and the Washington Post.” Why? Because it was clear from the interview that I LOVE my TIME magazine. I read it every week, pretty much cover to cover AND I visit the website every week. The same for Smithsonian magazine, although it’s a monthly. If Joanna Pineda was good for TIME and Smithsonian, she was not so good for The New York Times. I have many friends who can’t start their Sunday without the New York Times, but me, I’m a Washington Post gal.

I was asked similar questions about the radio stations I listen to. Here’s the wrinkle: in the last 7 days, I had driven down to NC and back, so I had spent a lot of time in my car, listening to the radio. While I was within range, I had my radio tuned to my 3 favorite stations: WAMU, WRQX and WMZQ (don’t judge me, k?). My listening habits that week did NOT reflect my normal listening habits but Mr. interviewer insisted that I report on my listening in the last 7 days.

What I found fascinating about the interview was how little I was asked about TV shows once I reported that I do not have a cable or satellite TV subscription. Pages and pages were skipped in the gigantic interview book. I protested, “but wait, I watch TV, just not via cable. I subscribe to Hulu, Netflix and Amazon Instant Video.” But no, AICS was NOT interested in my TV viewing habits outside of cable. A little shortsighted, I think, because not subscribing to cable certainly does not mean I don’t watch TV. In fact, the opposite is true. My husband and I now watch more TV because we’re finding all kinds of great shows on the Internet-based services. And yes, I explore shows by network. Love my SyFy channel. Hmmm…. is it still TV if I watch on my iPad?

Many of you will probably be shocked to learn that I willingly divulged so much personal information. Personally, I felt like it was a two-way street. I learned a lot about what media companies want to know about consumers and the whole interview process was illuminating.

At the end of the interview, Mr. AICS Interviewer said, “you know, you represent 12 million people.” Could it be true? Could one interview have so much weight? If so, TIME magazine owes me a check. :-)